This year, Forbes has raised its list of richest self-made women entrepreneurs, executives and entertainers in the US from 80 to 100. These are women of substance that have delivered results wherever they worked.

In November 2019, she became CEO of online dating group Bumble that reportedly plans to go public in 2021. The Bumble deal came her way when Blackstone bought the group in a $3 billion deal from its Russian owner, Andrey Andreev.

She builds snowboarding gear and apparel with a brand name of Burton that was credited with making a hobby into a mainstream sport by launching a modern snowboard. She was CEO of the company until February last year when she was made chair of the board.

At SpaceX, she’s employee no. 11 but she holds credible portfolios … Read the rest

Forbes has just released its much-awaited list of 100 Digital Stars highlighting actors, actresses, singers, bands, and TV stars and hosts from Asia-Pacific region. These stars have amazed the digital world by their social media presence and also worked for the betterment of the society at large.

The band topped the Billboard Artist 100 chart in October but its members are much ahead in ranking. Lisa (23), Jennie (24), Rose (23) and Jisoo (25) are the most followed Instagram celebrities in Korea.

A member of the band TFBoys, Yee won the Best New Performer award at the 39th annual Hong Kong Film Awards event for his debut movie Better Days (2019). Also, he commands over 86 million following on Weibo.

Also known as Mai Davika, she was selected for the Best Actress nomination at Thailand’s Nataraja Awards for her role in the TV series My Ambulance. Also, with 12 million followers, Davika is second most popular Instagram celebrity in Thailand.

Amitabh Bachchan has over 105 million social … Read the rest 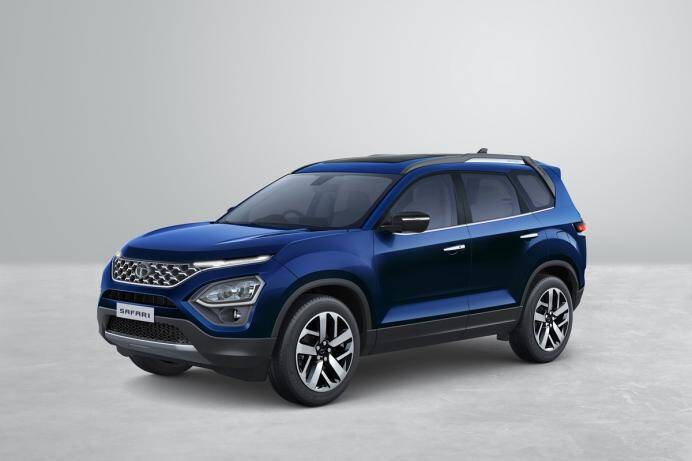 Did You See The All-New Tata Safari?

Tata Motors released the video of all-new Safari ahead of the delivery of the much-awaited SUV later this month. The SUV was first unveiled as Gravitas at the Auto Expo 2020 is now presented as Safari. The video highlights all the important features of the SUV.

The next generation SUV

The video starts with a blue color Safari coming out of a hanger in an aerodrome and starting running on the runway just like an airplane does. Here the Tata Motors want to project the new Safari in a new way. The SUV parks in the mid of airfield and awaits its owner who lands from a chopper.

First is the majestic stance of the SUV and then the camera moves towards the chrome studded tri-arrow front grille and then showcases the iconic roof rails with Safari branding. The tyre size is R18 and they come with machined alloys. The man from the chopper sits in the SUV and the camera goes towards the back to show signature twin light LED tail lamps.

The man sits inside the SUV and fixes the seat showing the boss mode. There are all captain seats for extra comfort. He relaxes on … Read the rest

See Who Kong Is Saving From Godzilla?

Trailer of the epic Godzilla vs Kong has raised hopes of quick release of the movie that has been delayed multiple times due to lockdown. Original scheduled to be released in March 2020, the movie could go to a theatrical release anytime.

Godzilla is back and can only be stopped by a mighty power like Kong and when the two titans clash, there will be destruction everywhere. This 2-minute trailer tells many things about the movie but remains silent over the appearance of Godzilla that appears from the sea.

The movie has a human angle. Here the Kong is seen to be obsessed with a chile that the mighty Kong wants to save at every cost. And he even doesn’t fear to fight with Godzilla for the child’s safety. Here Godzilla is presented as a bad guy determined to destroy the planet. But Kong is there to stop the giant lizard.

Kong looks different from his earlier avatars. His posture is calm and he looks like investigating his surroundings when he notices presence of a child and gets obsessed with the child. Suddenly, the sea water stirs and there appears a giant lizard. It is Godzilla and … Read the rest 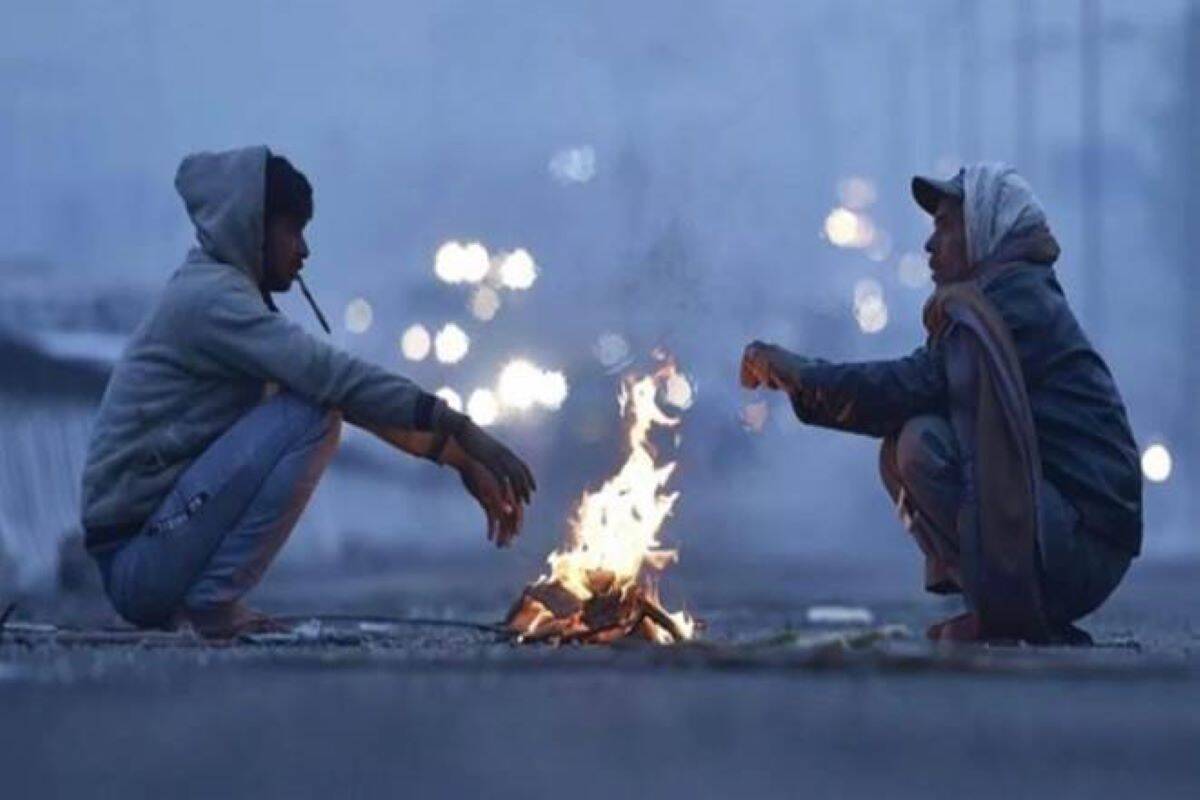 January 27-30 Could Be Severely Cold For North, Central And West Indian States

Indian Meteorological Department (IMD) has issued an orange alert across six northern states and union territories and central India for 3-4 days. People of these regions will experience severely cold weather until the weekend.

The IMD website predicts dry northwesterly winds over north and central India for next few days. These winds could create severe cold conditions in pockets of northwest India, Madhya Pradesh in central India and Gujarat in the west from January 27-30. In the northwest part, states including Punjab, Haryana, Chandigarh, Delhi, Uttar Pradesh, and Rajasthan will continue experiencing cold wave.

Temperature will be below normal

Following the weather forecast, the IMD team has placed Punjab, Haryana, Chandigarh, Delhi and Uttar Pradesh under orange alert but it will be downgraded to yellow alert from Friday onwards. But Rajasthan is kept under yellow alert for this week. Orange alert is also suggested for Saurashtra and Kutch subdivisions in Gujarat. For Madhya Pradesh, IMD has suggested a yellow watch till Thursday.… Read the rest 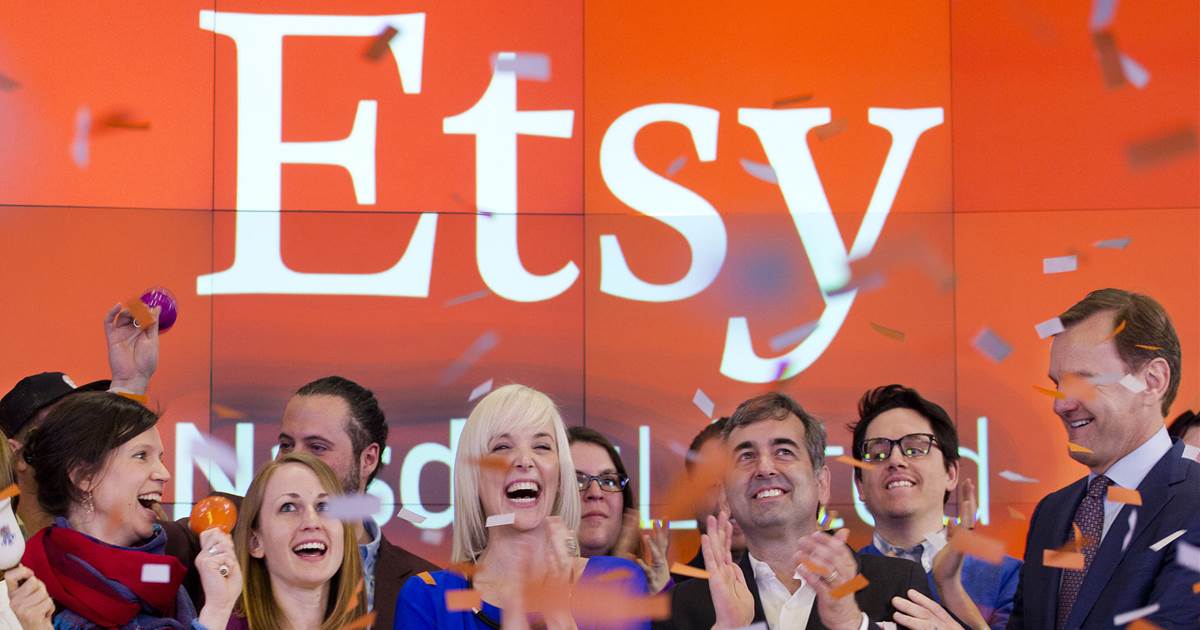 In what was just another incident of wild, speculative trading in stock market, Etsy witnessed a huge jump in its share. Its stock recorded a 9% increase in premarket trading after Tesla chief Elon Musk tweeted to favor Etsy.

I kinda love Etsy was all Elon Musk had to say about the ecommerce giant. And this tweet sent Etsy shares in ascending mode. The e-commerce company that recorded little growth in premarket prior to Musk’s tweet saw its shares moving up soon after the tweet was published. According to experts, the tweet could help Etsy achieve the highest spot in the S&P 500 when markets open.

Elon Musk is no stranger to investors and he has a history of influencing stock prices especially about Tesla. He uses bold statements on the social media to make his company’s share jump and investors take his opinions seriously. It is exactly what happened with Etsy shares that saw a big jump following Musk’s tweet.

What did Musk say last year?

In a similar incident last year, Elon Musk sent Tesla shares high. He simply made a statement that Tesla stock was “too … Read the rest