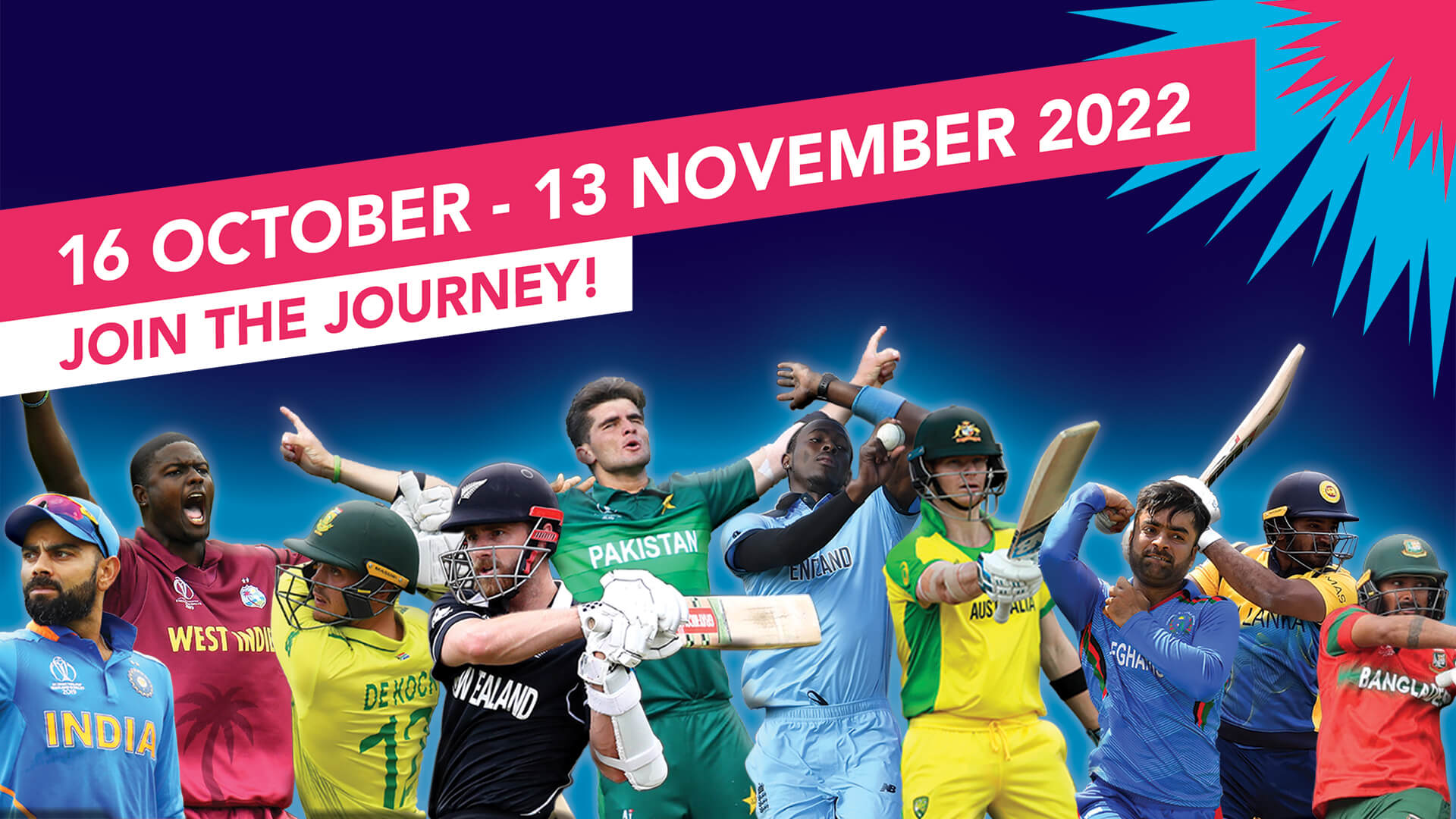 Ahead of the ICC Men’s T20 World Cup 2022 starting on Sunday in Australia, ICC shared a pic of “Captain’s Day” with all captains in one frame on its official Twitter handle. The picture was taken when the skippers talked to the media about their respective teams and preparations.

• Captain’s Day pic showing all 16 captains of the ICC Men’s T20 World Cup 2022 squad goes viral
• The total price of the tournament is USD 5.6 million
• The final match of the tournament will be played on 13 November in Melbourne

What Is The Captain’s Day Picture?

The picture shows all 16 captains sharing the dais ahead of the tournament. The captains are allowed to speak to the media before the campaign begins. They discuss the structures of their respective teams and tell how their preparations are going for the tournament.

The campaign will start on Sunday with Sri Lanka taking on Namibia in the qualifiers. The Super 12 stage will begin on 22 October with Australia squaring off New Zealand. The arch-rivals India and Pakistan will show their might at the Melbourne Cricket … Read the rest 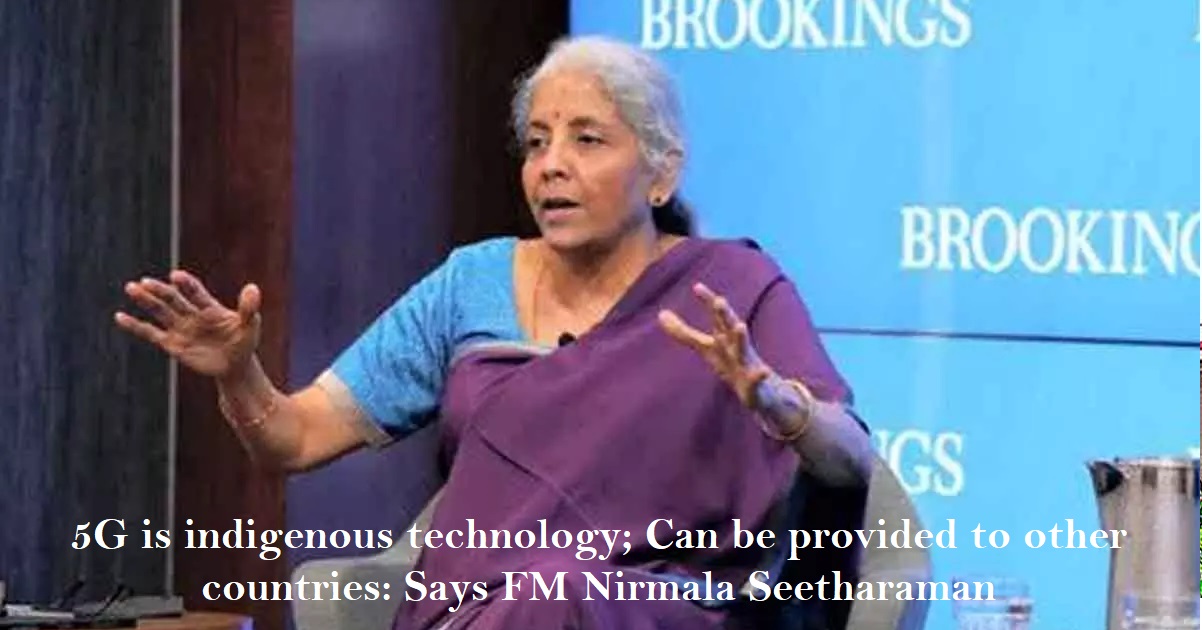 Union Finance Minister Nirmala Sitharaman said that the 5G infrastructure launched in India was developed in the country and India was ready to share the technology with others. Ms Sitharaman made this big revelation about 5G technology during an interaction with students at the Johns Hopkins School of Advanced International Studies (SAIS).

What Did Union FM Nirmala Sitharaman Say About 5G Technology?

The FM was interacting with students at the Johns Hopkins School of Advanced International Studies (SAIS) when one of the students asked her about the 5G technology launched in India. And Ms Sitharaman was quick in answering that 5G was an indigenous technology.

The story of India’s 5G was to reach the public said Ms Sitharaman. The 5G that the government had launched in the country was completely standalone was her response to the question.

But Ms Sitharaman accepted that there could be some parts imported from countries like South Korea but the technology wasn’t borrowed from a foreign country. She said that 5G was completely … Read the rest India Remained Absent During Voting On A UNGA Resolution On Russia?

The United Nations General Assembly (UNGA) adopted a resolution condemning the annexation of Ukrainian regions by Moscow. The resolution was passed with 143 members voting in favor while five voted against it.

What Was The Latest Resolution?

The UNGA members with zero veto power adopted a resolution condemning the annexation of Ukrainian regions by Russia on Wednesday. The resolution had 143 votes in its favor while five voted against it and 35 members including India remained absent from voting.

Why Was The Resolution Moved?

On Monday, Russia called for a secret ballot on a similar draft condemning its “attempted illegal annexation” of Ukrainian territories but was rejected after a fierce clash between Ukraine and Russia in the assembly. India also voted out of the resolution.

After this rejection, Albania … Read the rest 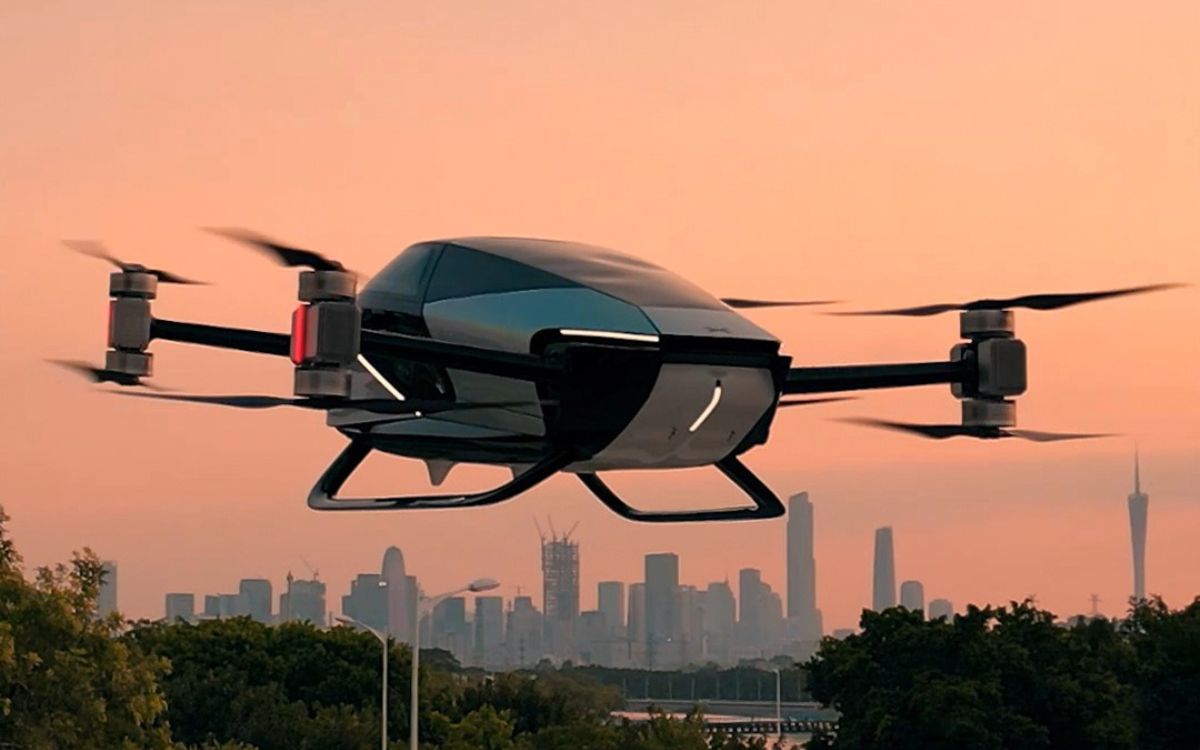 Chinese electronic vehicle maker Xpeng Inc displayed its “flying car” for the first time in the United Arab Emirates. It was an unmanned vehicle powered by eight propellers two at each corner. The Chinese maker said that it was considering the international launch of its vehicle.

What Is A Flying Car?

The “flying car” made by Xpeng Inc is a small two-seater aircraft capable of vertical take-off and landing (eVTOL). The company calls it X2. The aircraft has two propellers on each corner to support vertical take-off and landing. According to the Chinese manufacturer, the “flying car” will transform city transportation for the better. The company offered X2 as a future mode of transport.

How Was The First Flight Of X2?

The two-seater aircraft X2 did well in the 90-minute flight. Its take-off and landing were smooth and the people were amazed to see a “flying car” for the first time. It was an unmanned flight described as an important step toward developing the next generation of flying cars.… Read the rest 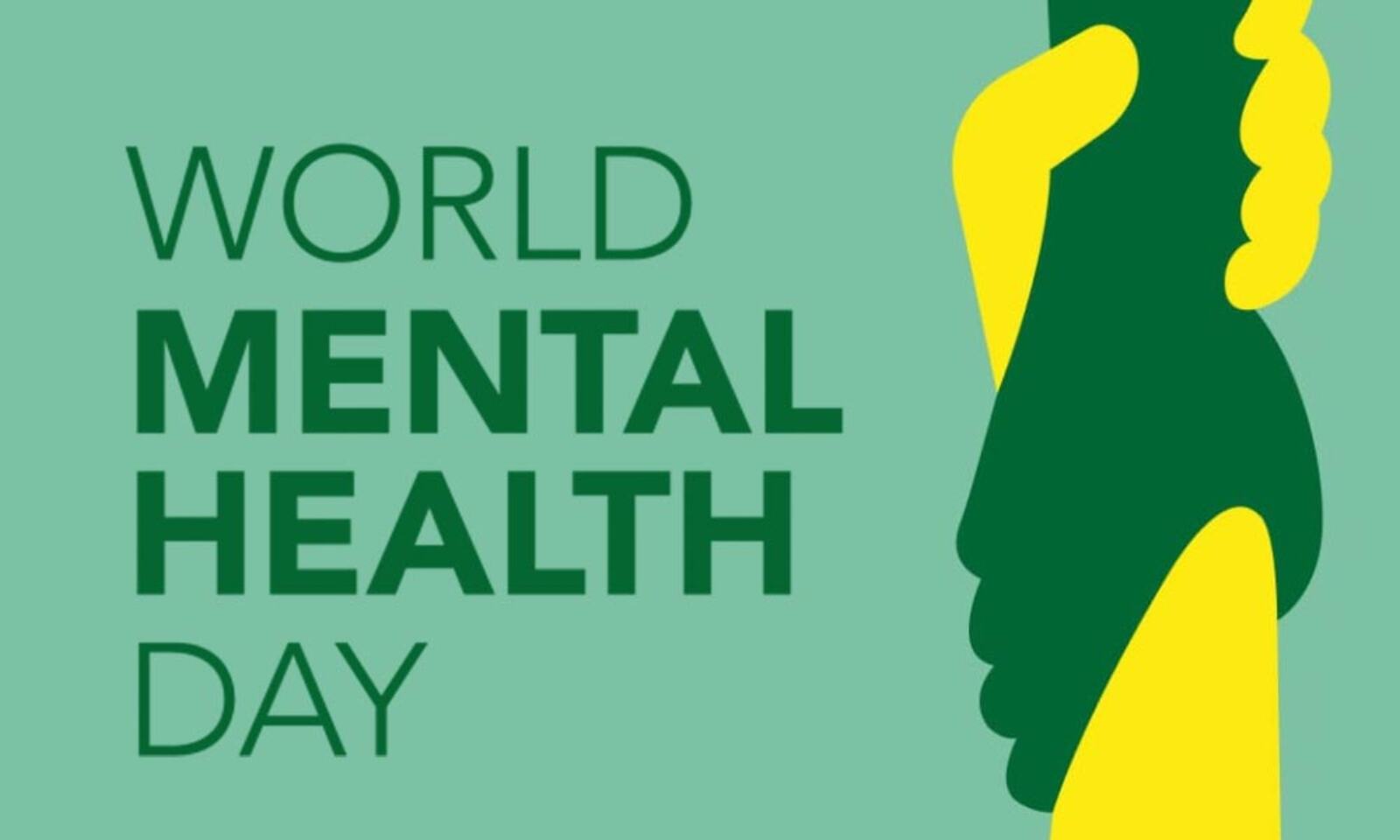 Every year October 10 is observed as World Mental Health Day to raise awareness about mental health issues and their effects. It is given a theme every year. In India, the government observes a campaign to educate people about the benefits of mental health.

“Make mental health & well-being for all a global priority” is the slogan given for World Mental Health Day 2022. It shows how people are fighting mental stress post-pandemic. According to World Health Organization (WHO), mental issues were affecting one out of eight people before the COVID-19 pandemic. But the pandemic situation followed by the lockdown increased the number of people affected by mental issues considerably. Also, recent armed conflicts among nations and communal violence in societies further escalated the problem.

In India, the Ministry of Health and Family Welfare has been celebrating the Mental Health Awareness Campaign Week and the World Mental Health Day celebrations will mark … Read the rest 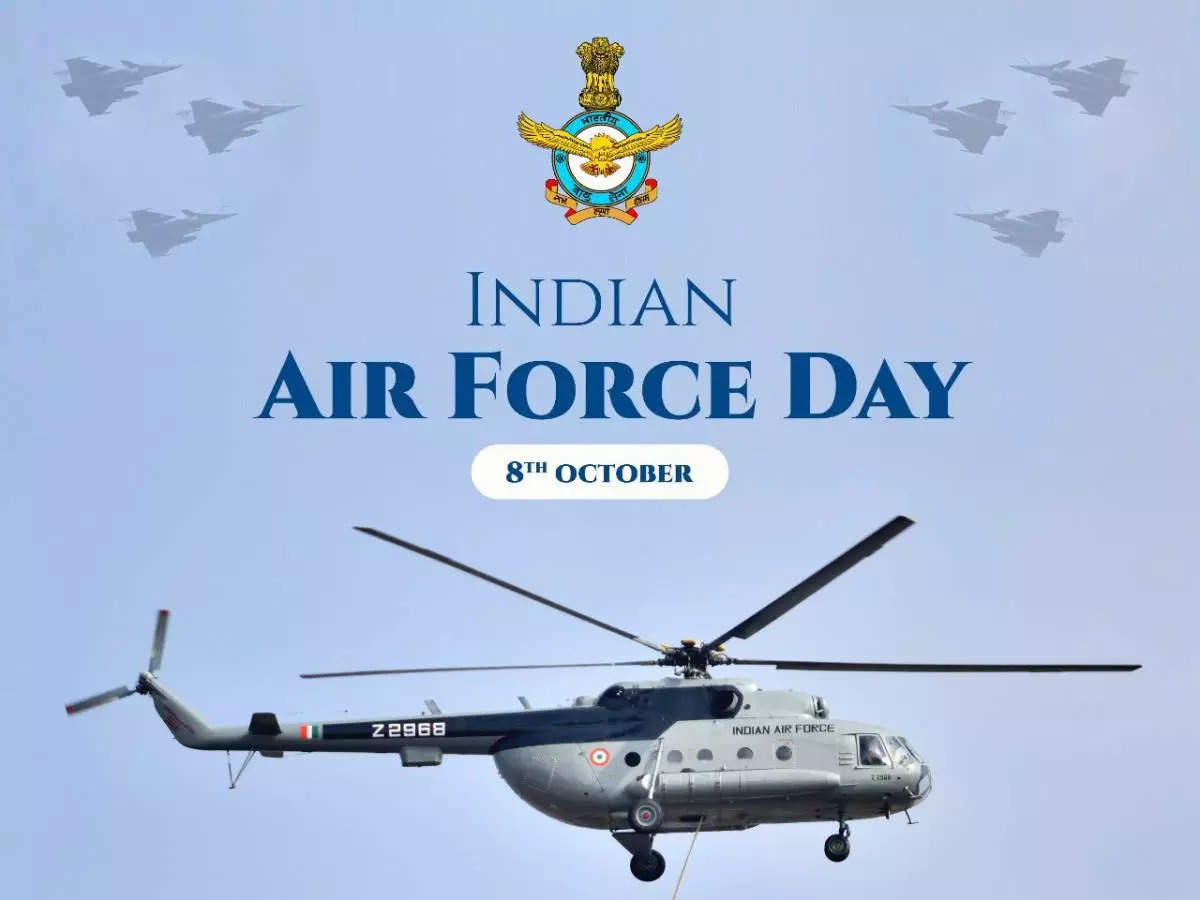 What Are The Celebrations Planned For IAF Day?

Indian Air Force will celebrate its raising day out of the capital for the first time. The 90-year celebrations will take place over Sukhna Lake in Chandigarh this afternoon. The celebrations include a parade and fly-past of fighter jets. IAF will fly 75 jets including Tejas, Sukhoi, MIG -29, Jaguar, Rafale, Hawk, and the recently included light combat helicopter (LCH) in the fly-past over Sukhna Lake. President Draupadi Murmu and Defense Minister Rajnath Singh will be present on this occasion.

History Of the Indian Air Force?