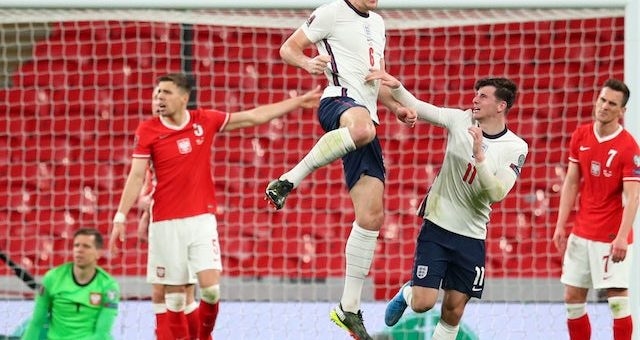 Portugal’s 3-1 win over Luxemburg lifted catapulted it to the top of Group A in its World Cup qualifying campaign. With seven points in hand, Portugal now stands at level with Serbia, but Luxemburg has to contend at third position with three points.

But Fernando Santos wasn’t satisfied with his team’s performance….

While the Portuguese team was celebrating their victory, their coach Santos was chiding his boys in the media. He said that they wasted the first 30-minutes playing at a walking pace with no intensity on either pitch. And that he had to ask the players that they won’t win the game on quality alone and they had to add intensity to their game.

Santos warned his boys that if they rely on their quality, any opponent could cause them difficulties. He said that in the second half they won every ball. They played with intensity and suddenly found that Luxemburg was a different team.

What made Fernando Santos furious?

In an outstanding start to FIFFA World Cup Qualifiers, Germany won its first match with Iceland with 3-0 goals. It was the first match of Germany in 2021 and they made their mark at the beginning of the year. Germans will now play with Romania on March 29.

What does this victory mean for Joachim Low?

Joachim Low has announced that he would step down as head coach of Germany after summer’s Euros and as head coach, he had overseen 189 matches including 31 matches across three World Cup qualifying campaigns. And Germany wanted to give a memorable farewell to their world cup winning coach.

How the three goals were scored?

The first goal was quick within three minutes into the game when Joshua Kimmich jumped the ball over the Iceland defense to Serge Gnabry who played it back for Goretzka to score the first goal.

Kimmich again chipped in to pass the ball to Leroy Sane who was down the left and a fine shot by Sane was turned into the second goal in the seventh minute by Kai Havertz.

It was a rusty display of football by Portugal while playing their World Cup qualifier at home with Azerbaijan. Though they kept possession of the ball for maximum time and attempted a series of attacks, but couldn’t succeed. And the only goal they scored was due to the fault of Azerbaijan.

How did Portugal get its goal?

It came in the 37th minute when Maksim Medvedev entered to end a deadlock their goalkeeper was in and accidentally sent the ball into their own goal. The goalkeeper Shahrudin Mahammadaliyev who was stuck in the deadlock couldn’t even imagine in his dreams that their player will make this mistake.

How many opportunities did Portugal miss?

Portugal team made a total of 29 attempts at goal and out of which 14 shots hit the target but none resulted in a goal. Even their star player that is an all-time scorer Cristiano Ronaldo looked frustrated in the evening. He had eight attempts to the goal but none converted into a goal. In one attempt, he went closest to the goal during a late free-kick but Mahammadaliyev tripped that shot. … Read the rest

Real Sociedad vs Barcelona 1-6: See How The Seven Goals Were Scored

It was a thrilling performance by Barcelona that was playing under the Anoeta curse but it looked that the curse turned into a blessing for the Barca who scored 6 goals against 1 by Real Sociedad.

Barca got a breakthrough after an extended period of pressure from the host. In the 35th minute, Antoine Griezmann picked a rebound shot by Ousmane Dembélé saved a great shot by Jordi Alba but Antoine Griezmann to score the first goal of the match.

The match was in the 43rd minute when Lionel Messi played a perfect ball to Sergiño Dest who lost no time in scoring the second goal of the match.

In the 53rd minute, Jordi Alba gave a hurried shot to Dest to allow the American to score his second and the third goal for Barca.

In the 56th minute, Lionel Messi picked the ball from Busquets and shot it into the goalpost for his first and the fourth goal for Barca.

Mislav Orsic told reporters that he thought that … Read the rest