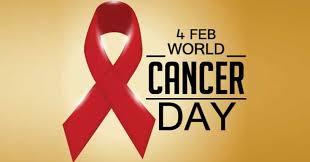 Every year, 4th February is celebrated as World Cancer Day to spread awareness about cancer around the world. Also, this day is given a theme and this year’s theme is “I am and I will”.

On this day, programs to spread awareness about this deadly disease are organized across the globe. Also, there are many Bollywood celebrities that defeated cancer after fighting a brave battle with the disease. Among them, SonaliBendre, Manisha Koirala and Lisa Ray are more popular. People want to know more about these celebrities.

Sonali Bendre was suffering from metastatic cancer when she was at the peak of her acting career. She made her debut in 1994 with “Aag” and got recognition from movies like “Sarfarosh”, “Hum SaathSaath Hain” and “Kal Ho Na Ho”. She also hosted “India’s Got Talent” and appeared as a judge in “India Idol 4”. She went to New York for cancer treatment.

Manishah Koirala started her Bollywood career with “Saudagar” and soon came to known as the “EeluEloo” because song in the movie. He also acted with Salman Khan in “Khamoshi”. She was diagnosed … Read the rest