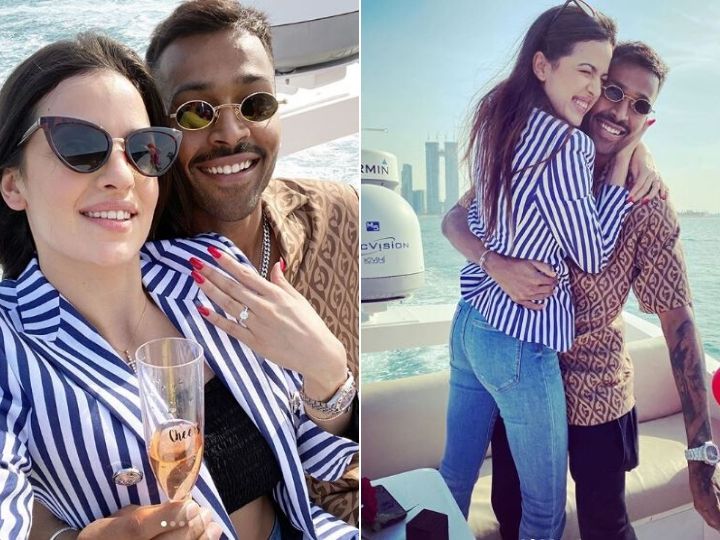 Hardik Pandya took to Instagram to break the news of his engagement with Serbia actress Natasa Stankovic. He posted a picture of him and Natasa on his Instagram account and gave it the caption “Mai tera, Tu meri jaane, saara Hindustan. 01.01.2020 #engaged”.

Fans flooded the Instagram page of the 26-year old all-rounder as soon as the news of his engagement went public. His teammates were the first to send him best wishes for getting engaged with the beautiful model. Kuldeep Yadav was first to congratulate the cricketer for his engagement.

Recuperating from a back injury, Hardik Pandya has to miss out on the T20I and ODI series against Bangladesh and West Indies. Also, he is kept out of the upcoming home series against Sri Lanka and Australia. But the Board of Control for Cricket is considering him for India A’s squad for the New Zealand tour.

Last international match Hardik Pandya played was a T20I against South Africa in September 2019. After the series, he went to London for a surgery to cure his lower back problem in October.

He revealed … Read the rest