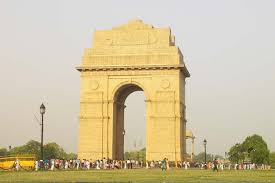 A 6.3 Earthquake 450 KM From India Hit Delhi And Punjab

Delhi and surrounding areas felt strong tremors of earthquake at 10:31 IST on Friday. The tremors were so strong that they made people step out of their homes but no loss of life or property was reported.

Where was the epicenter of the earthquake?

The National Center of Seismology of India said in its bulletin that the epicenter of the earthquake was 450 km from Srinagar in Jammu and Kashmir. It was in Tajikistan. It was a 6.3 magnitude quake and it occurred at a depth of 74 km from the surface.

The strong earthquake sent strong shock tremors to North India. In Delhi, people felt the tremors for several seconds. Delhi Chief Minister Arvind Kejriwal tweeted that earthquake tremors felt in Delhi and that he was praying for safety of Delhi people.

Two earthquakes sent tremors across Delhi NCR in late evening on Friday. While the first quake was of a medium intensity, the second was a low intensity. The epicenter was of the quake was Rohtak in Haryana that is approximately 60 km from Delhi.

It occurred around 9:08 pm and it measured 4.5 magnitude on Richter scale. The National Centre for Seismology (NCS) recorded that the quake happened at a depth of 5 km in the epicenter. Tremor of this quake were felt across the national capital and the adjoining areas including Noida.

It occurred within a span of one hour of the first quake. But it was a low intensity quake. The second earthquake occurred at … Read the rest