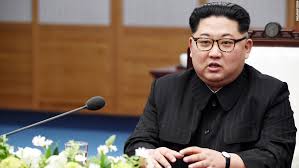 The US intelligence agencies have unconfirmed reports that the North Korean leader Kim Jong-Un isn’t doing well due to deteriorating health post a recent surgery.

Reports about deteriorating health of Kin Jong-Un, the supreme leader of North Korea, started surfacing when he missed the birth celebration of his grandfather and the founder of the nation, Kim II Sung. The last time Kim Jong-Un was seen publicly on April 11 during a meeting of the ruling Worker’s Party politburo.

April 15 is the most important day in North Korea. On this day, the entire country celebrates the birth anniversary of Kim II Sung. And according to a report, this day is celebrated without any official mention of Kim Jong-Un’s movements. But his absence in the celebrations sparked speculations about his health.

In 2008, when the country was celebrating 60th anniversary of North Korea, Kim Jong II was nowhere to be seen. His absence fuelled speculations about his health. Later it was revealed that he had a stroke. But his health continued to … Read the rest