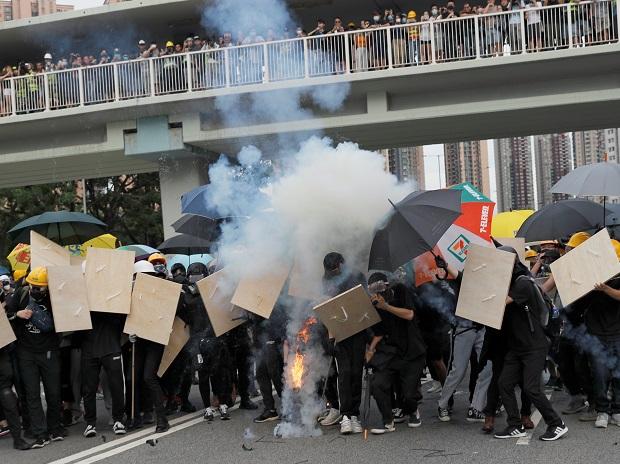 Unable to resolve the Hong Kong crisis, China starts fortification of the former British Colony now under its direct rule. Chinese forces are marching towards Hong Kong after the standing police force of the colony failed to control the agitation against the new extradition bill

What is Extradition Bill?

The new bill will empower the government to send people in Hong Kong to mainland China for trial. But the Hong Kong residents are protesting against the bill and they demand be scrapped.

When did the protest start?

Protesting started three-months back when the bill was first introduced but the peaceful protestation became violent when the government displayed no sign of backtracking on the bill.

The Hong Kong police detained 44 persons for rioting but hundreds of protestors laid a siege outside the police station demanding unconditional release of the protestors. Police tried all methods including one of its officers brandishing his gun towards the protestors to disrupt the siege but to no avail.

What is the result of protests?

The near-daily protests brought the city life to a standstill with huge financial losses to businesses. … Read the rest