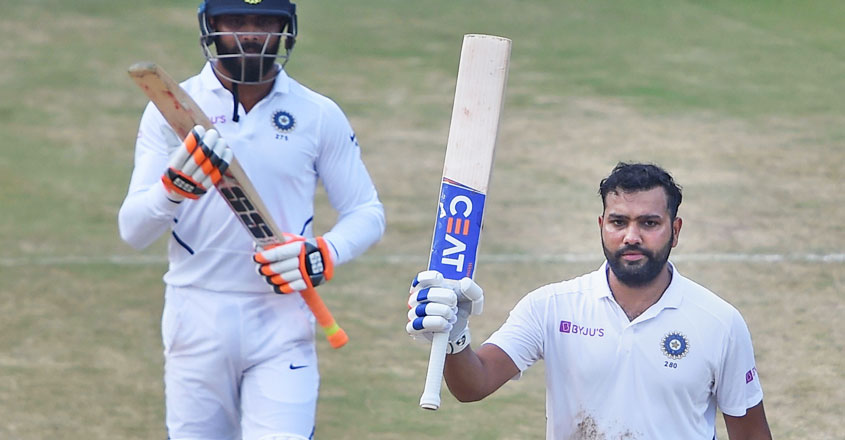 Virendra Sehwag, former Indian opener, hailed Rohit Sharma for his great first inning as an opening batsman in Test Cricket. India won the Visakhapatnam test against South Africa by 203 runs. Rohit Sharma contributed 176 and 127 in this victory. It was his first test match as an opener and he did a great job.

Captain Sourav Ganguli also allowed Virendra Sehwag to open test innings and is decision to elevate Sehwag from limited over batsman to a test cricketer proved right. Virendra Sehwag scored two triple centuries in his test career. This aggressive batsman soon became one of the most feared opening test cricketers of the world at that time.

Why is Rohit Sharma’s promotion to Test Cricket a feat?

Rohit Sharma has a contrasting career as a batsman from limited overs cricket to test matches. But he has been a good batsman throughout his career and his aggressive approach helped him in piling two centuries in his first test. And his feat was recognized by great cricketers including Sachin Tendulkar who send his best wished for the first win through a tweet. … Read the rest