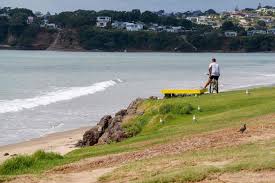 While little to no tremors were felt on the land, the Pacific Tsunami Warning Center fears that it could start a tsunami of high waves that could hit the coastal towns and cities hard. It said that Vanuatu and New Caledonia could get the largest waves. Soon a tsunami warning was sounded based on … Read the rest

India is on an ultimate high after defeating Australia in a recent test-series. And now they need winning the upcoming four-tests with a minimum margin of 2-1 to qualify for the finals. But defeating the English team won’t be an easy job as England has also demonstrated good cricket be defeating Sri Lanka with 2-0. The only thing that goes in the favor … Read the rest

Prithvi Shaw and Manik Aggarwal. From Kiwi side, Bennett started to bowl but gave 12 runs in the first over. Shaw hit the ball to boundary thrice for 4-runs. It could be a good start to win the match but the Kiwis developed pressure on India. At the time of writing the story, Virat Kohli was playing with Shaw to … Read the rest