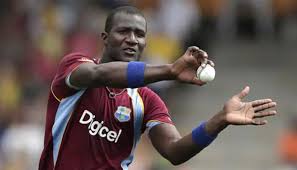 Ex-West Indies skipper Darren Sammy posted an emotional video of him being called by a “derogatory” word used for black-people during his stint with Indian Premier League (IPL) franchise Sunrisers Hyderabad.

The good memories of former West Indies skipper turned into disappointment when he understood meaning of the word his IPL counterparts used to call him in the dressing room. At that time, he thought that the word would matching with his personality but little did he know that it was a derogatory word. And the West Indies cricketer recalls how his teammates were used to laugh after calling him with that “derogatory” word.

He said that he was listening to Hasan Minhaj when he came to know about that “derogatory” word and recalled that he was also called with that word. It is when he understood that laughter followed with the word was to insult him.