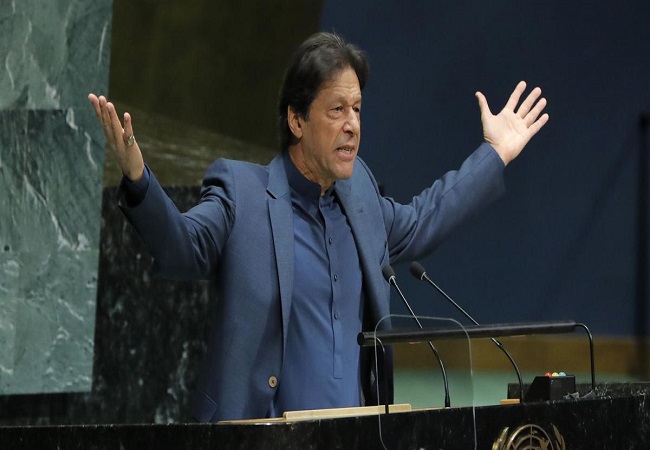 Pakistan Prime Minister Imran Khan said something that is very serious but ended up making a joke of himself. Whether it was a tongue-slip or lack of knowledge, he made people laugh throughout the night.

Why did Imran Khan say?

“Trees produce oxygen at night,” said Pakistan PM Imran Khan while highlighting the drawbacks of removing earth’s green cover. He said that trees clean air but soon after he made a blunder that went viral. Going with the flow, he said trees produced oxygen at night.

How was Imran Khan caught red-handed?

Twitterati were first to react and some of them even demanded Nobel Prize for Imran Khan. People made mockery of the knowledge of Imran Khan. One Twitterati uploaded a page from school book of 7th standard showing that trees don’t produce oxygen at night.

Recently Sheikh Rashid from Pakistan made headlines by explaining an explosion. He said the breakfast exploded and set fire to the gas stove and the cylinder suffered.