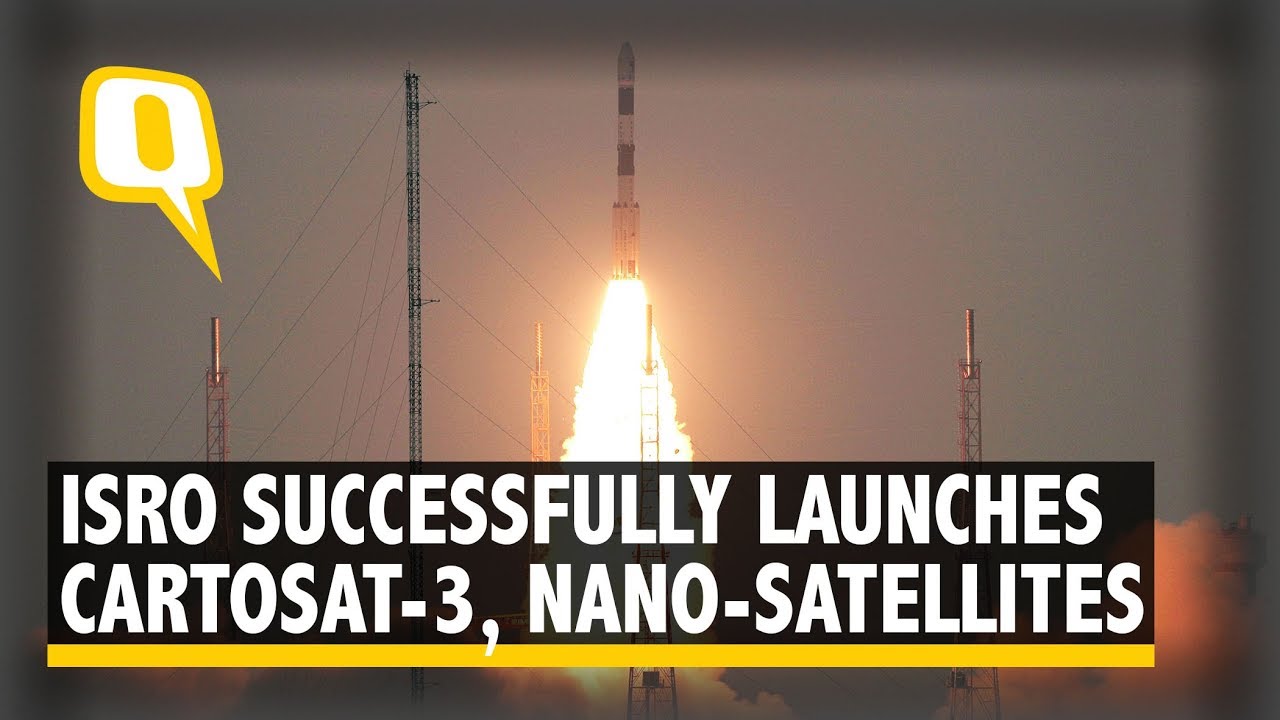 The Indian Space Research Organization (ISRO) successfully launched the advanced earth observation and mapping satellite CARTOSAT-3 along with 13 other commercial nano-satellites from the US at 9:28 AM on Wednesday.

This satellite is the ninth in series of ISRO and this 1,625 kg satellite is expected to fulfil the demand for llarge scale urban planning, rural resource and infrastructure development, coastal land use and land cover. It is also expected to help in military purposes.

These satellites are sent according to the commercial arrangement with NewSpace India Limited (NSIL), Department of Space. It is a set of 13 nano-satellites including FLOCK-4P that are 12 in numbers. Their mission objective is observation of the earth. One satellite named MESHBED is sent with the objective to be used as a communication testbed.

What did ISRO say about this launch?

The premier space research organization said that this launch would be 74th launch mission from Satish Dhawan Space Centre, Sriharikota. ISRO specified that the mission life of CARTOSAT-3 will be for five-years.