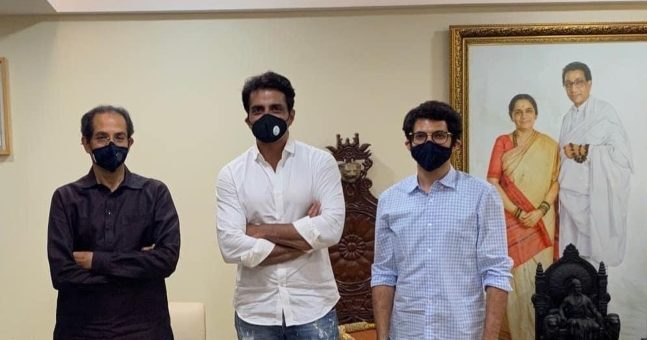 Actor Sonu Sood, who has been praised for all the help he provided to migrant labourers in Mumbai reach their homes in different parts of the country, called on Maharashtra Chief Minister Udbhav Thackeray after he was severely criticized by Shiv Sena MP Sanjay Raut.

The actor called on the senior Thackeray also the CM and went to his residence with Minister Aslam Shaikh and Aaditya Thackeray. Aadtiya tweeted about the meeting that Sonu Sood met Udbhav Thackeray ji and that the actor was a good soul to work with.