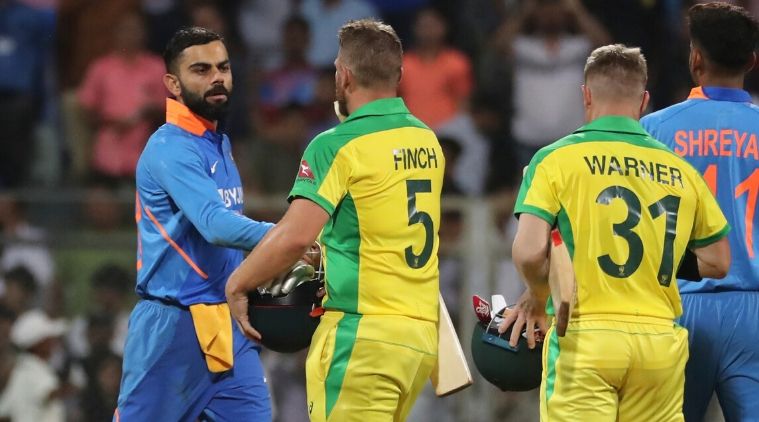 India VS Australia: India Lost The First Match In 3-Match ODI To Australia By 10-Wickets

India lost the first ODI against Australia by 10-wickets at the Wankhede stadium in Mumbai. With this win, Australia now leads the three-match series by 1-0. It was the biggest defeat for India in the 50-over format in recent times.

Aaron Finch won the toss and choose to field. On the Indian side, Virat Kohli pushed himself down to No. 4 in a bid to adjust Rohit Sharma, Shikhar Dhawan, and KL Rahul.

Rohit Sharma was the first to bowl out. He was on 10 when David Warner took his catch on the over of Mitchell Starc. Shikhar Dhawan and KL Rahul accumulated 121 runs for the second wicket after the dismissal of Rohit Sharma. But KL Rahul was caught at 47 by Steve Smith off Ashton Agar in the 28th over. In the next over, Pat Cummins dismissed Shikhar Dhawan. Virat Kohli took a big stand at 4th wicket by hitting six at the first ball of 32nd over but he got bowled by the leg-spinner Adam Zampa on the next ball.

Shreyas Iyer, Rishabh Pant and Ravindra Jadeja put up some resistance to the Australian attack but Shreyas was bowled out and Pant got injured … Read the rest