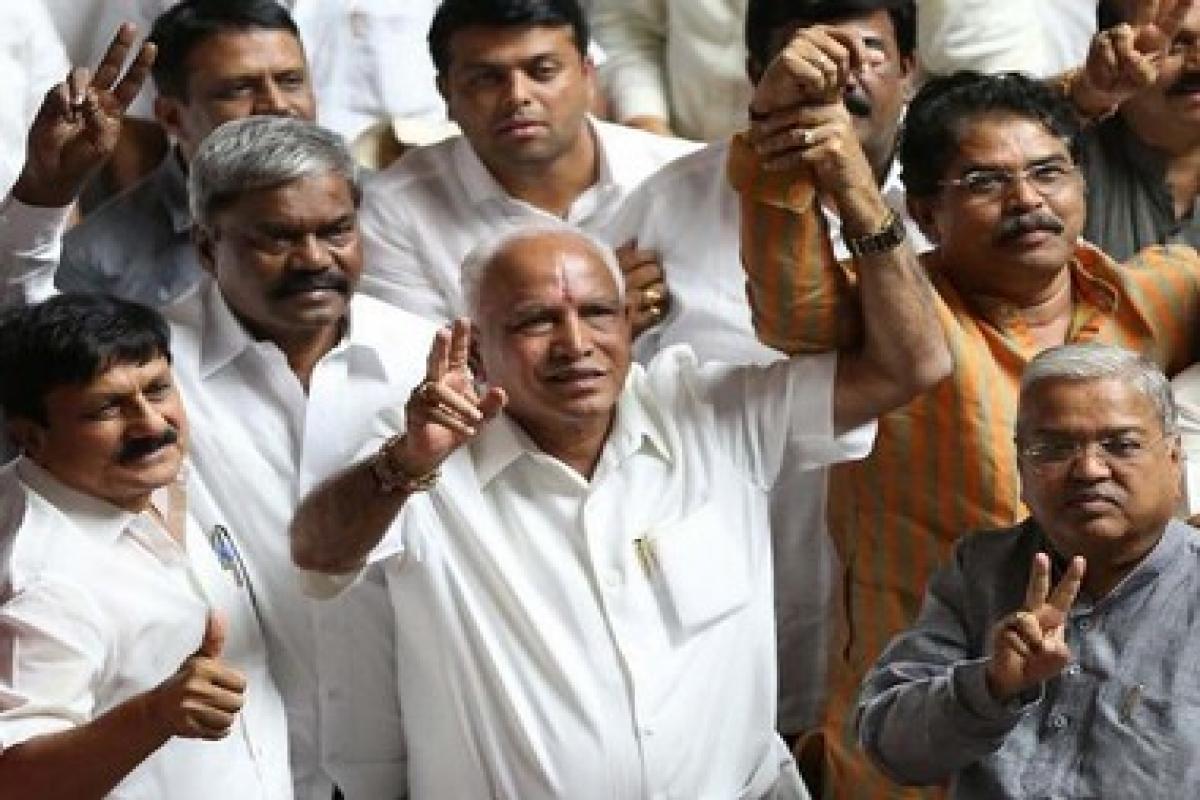 Fate of BS Yediyurappa led BJP government in Karnataka will be decided by the result of 15 assembly seats. Bypolls for these seats were held on December 5 and the result is expected by today evening.

Why were the bypolls held in Karnataka?

15 MLAs of Congress-JDS coalition resigned in support of BJP thus bringing the coalition government to an end and paving way for BJP government. Out of the 15 assembly seats, 12 belong to Congress and 3 to the JDS. The bypolls are crucial for ruling BJP as well as for the opposition.

What is the present political equation in Karnataka?

With the result, the strength of Karnataka assembly would be 224 but the BJP has only 105 MLAs. It would need 7 MLAs to get majority in the new house. Congress has 66 MLAs and JDS has 35 seats. If the BJP fails to win 7 seats, its government would come in minority. Also, the opposition parties could again form a coalition to keep the BJP out of power.

What is the future of Karnataka government?

The BJP claims to win 13 out of 15 seats but in case, it fails to win the required number of … Read the rest