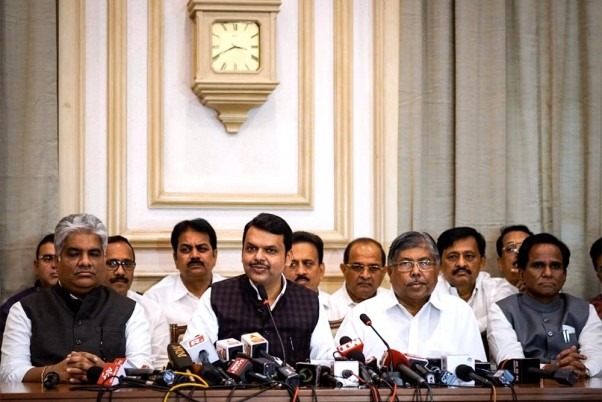 The drama that unfolded in Maharashtra reminds of 2018 Karnataka incident when BS Yediyurappa became chief minister for 56 hours. The fractured mandate of 2018 Karnataka election prevented BJP to form a majority government and its misadventure resulted in public humiliation.

BJP secured only 105 seats from the 224 legislative assembly seats in Karnataka in 2018 elections. The other seats went to Congress 80 and JD(S) 37. With no party in the position to stake claim to power, BJP moved ahead. The majority mark in Karnataka is 113.

Governor VajubhaiVala invited Yediyurapp to form the government despite the other parties – Congress and JD(S) – claiming to have the majority to form the government. The aggrieved parties went to Supreme Court for help and the SC woke up at midnight to end the high-octane political drama of Karnataka. It ordered Yediyurappa to prove its majority in 24 hours and the former opted to resign instead of facing humiliation. But Yediyurappa again became the chief minister because the Congress JD(S) coalition could last only for 14 months.

In 2006, HD Kumaraswamy defied his father and JD(S) chief HD Deve Gowda to strike an alliance … Read the rest