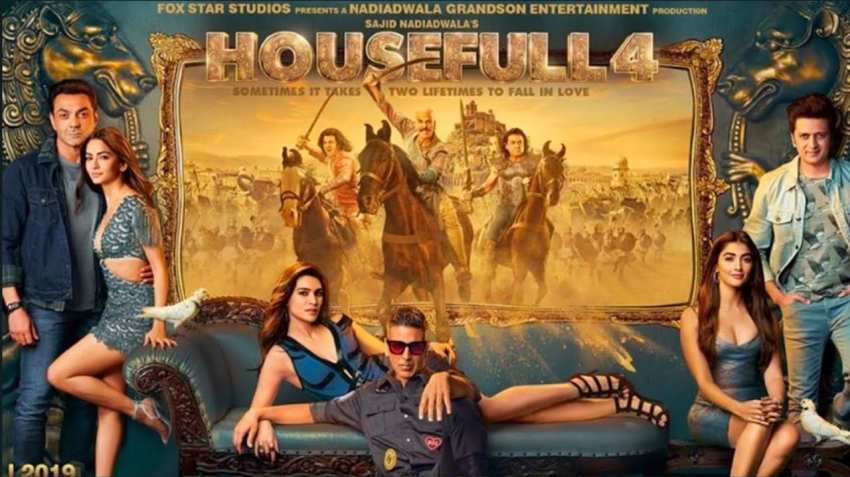 Housefull 4: Nadiadwala Sacrificed Many At The Altar Of Me Too To Complete This Movie

The fourth installment of Housefull franchise, Housefull 4 is the story of reincarnation dating back to 600 years in 1419. The only exciting thing about the movie is the success of the previous three installments. Nadiadwala asked Farhad Samji to direct the movie. He removed Sajid Khan due to Me Too allegations.

The movie starts in 1419 in Sitamgarh where an evil conspiracy separates three couples only to reunite 600 years later in 2019. The reincarnation takes place thousands of miles away in London. The couples meet again but in a different situation and again they become victim of the same conspiracy. Destiny brings them to Sitamgarh where they realize their fault and unite forever.