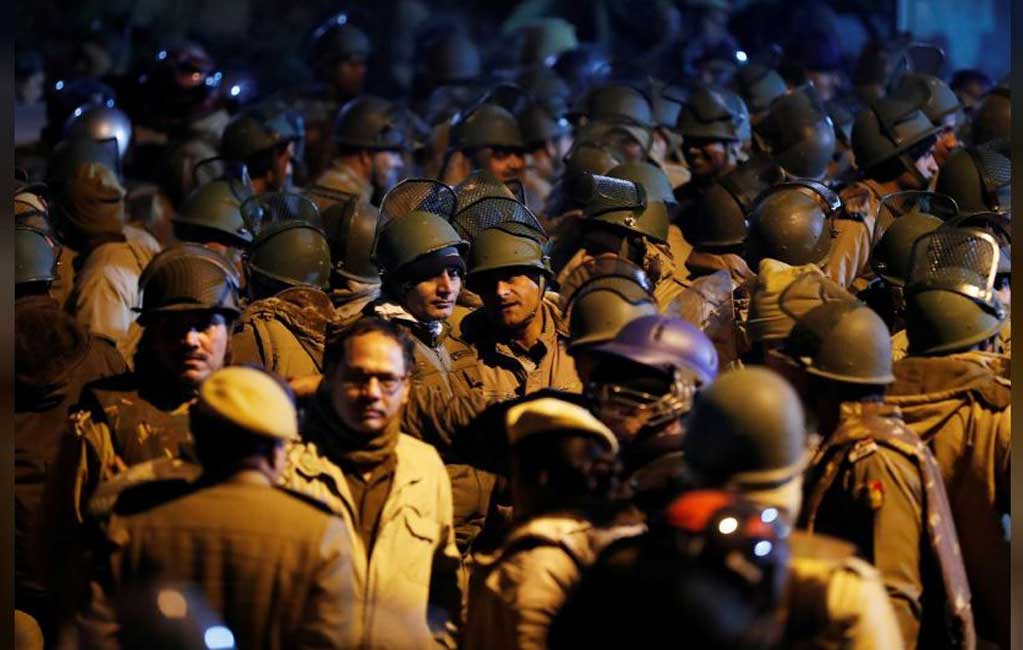 24 Students And Staff Injured In JNU Violence By Masked Goons

Delhi’s prestigious Jawaharlal Nehru University witnessed violence on Sunday evening when masked goons armed with sticks and hammers barged into the campus and beat up students and teachers.

At least 19 students all belonging to Left backed groups and five were injured in the attack. They were hospitalized for treatment. After the attack, BJP backed ABVP student-wing leaders and Left leaders traded charges of violence.

The JNU authorities called in the police late in the evening to control the situation. The police held a flag march in the campus before declaring the situation normal but the students and the university staff said that they could see the miscreants lurking inside the JNU and that they weren’t feeling safe even after the flag march.

The police were called late in the evening by then the miscreants had done much violence in the campus. Glasses and furniture were broken with bricks and students and teachers beaten up with sticks. The authorities were accused of allowing ample time to the goons. The students and the staff accused the authorities and the police helping the goons in an indirect manner.